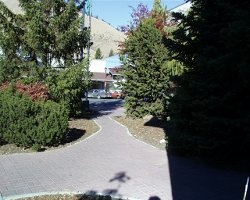 This tiny park is an oasis in the center of Cashmere. The City holiday tree is located in Ardeta Park. In the early 1960’s the Ardeta Jr. Women’s Club began a campaign to acquire a rundown service station and convert the property located at the corner of Cottage Avenue and Aplets Way “for a spot of beauty in downtown Cashmere”. The club obtained an option to purchase the property for $4,500 and raised the funds needed through donations. The club also removed the old buildings and equipment. By 1967, the club completed their goal and dedicated the park to the City. 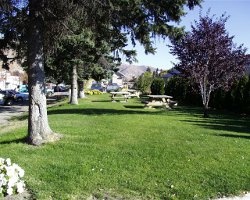 Railroad Park is a .25 acre parcel located next to the Burlington Northern Santa Fe railroad tracks across from Liberty Orchards Aplets & Cotlets factory at the corner of Mission and Aplets Way. Cashmere’s Federated Women’s Club founded the park and provides ongoing landscaping assistance. The City cooperates with the club by leasing the property from Burlington Northern Railroad and provides some maintenance. The club also provided three (3) picnic tables.

This is a small .68 acre mini park located on River Street. The old City Hall was located on this site until it was torn down in the late 1990s. The site features mature trees and picnic tables. 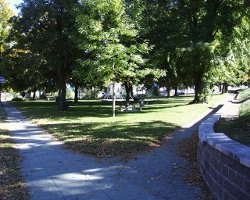 Cottage Avenue Park is a small .76 acre neighborhood park located on Cottage Avenue between Parkhill Street and Vine Street. In 1919 Mr. E.C. Long donated to the Town of Cashmere three quarters of an acre from his orchard for the purpose of forming a park. During the 1920’s and 1930’s the park had a small bandstand where a “Town Band” performed weekly concerts. The park helps to establish an aesthetic quality for Cottage Avenue and is an important area in the Tree City Program. The park features children’s play equipment and picnic tables. 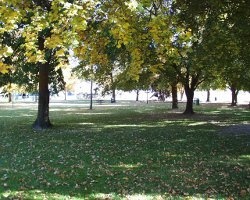 Simpson Park is a 4.82 acre park that is located on Pioneer Avenue between Chapel Street and Tigner Road. In his last will and testament Mr. O.G. France, left to the “Citizens of Cashmere” property to be used for public recreation. To clarify the bequest, the Superior Court ruled in 1947 that the Town of Cashmere would be vested with the title to the property “in trust” for the purposes of providing recreation. The original name of the park was “Cashmere Play Grounds”. The park features a small playground, picnic tables, gravel parking, and two (2) softball fields which are maintained by Cashmere School District. 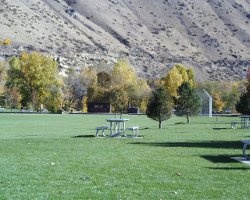 This 7.32 acre park was opened in 1987 and is the centerpiece of Cashmere's park system. Constructed on an old landfill, it is a popular destination for rafters and hosts a number of special events ranging from the annual Wenatchee River Festival to sled dog pulls and soccer events. It features a multi-use soccer and softball field, open space, play equipment, sand volleyball court, picnic area, parking, Riverside Trail access and ramp access to the Wenatchee River for rafters. Picnic tables were installed in the 1996 by a donation from the Cashmere Lions Club. The softball backstop was donated by Mission Creek Community Club and constructed as an Eagle Scout project, and the playground equipment was purchased in 1997 with a grant from Cashmere/Douglas Community Network and Together for Drug Free Youth. 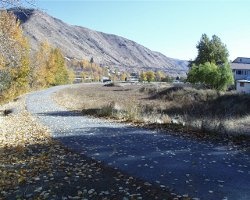 The first segment of the Riverside trail extends from Aplets Way, through Riverside Park and ends at North Douglas Street. This is a Primary Trail that when completed will extend approximately 20 miles from Leavenworth, through Riverside Park to Wenatchee. The project is included in both the Wenatchee and Leavenworth Comprehensive Plan and Chelan County’s Parks and Recreation Comprehensive Plan. The Chelan Douglas Land Trust is working to assist in the development of the project. 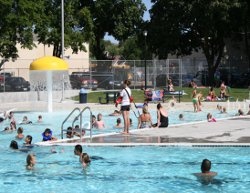 Cashmere’s swimming pool was built for the purpose of offering area residents a safe alternative to swimming in the Wenatchee River. Over many years that role has expanded to become a place where children learn to swim and have fun with their friends. Easy access to the pool allows children to frequently attend as they can get to the pool by walking or bicycling.

The first community “pool” was established in the 1920’s. In 1936 improvements were made by building a concrete pool and a bathhouse. A water filtering system was installed in 1950. The present bathhouse was constructed in 1979. In 2001, Cashmere received a grant from Washington Wildlife and Recreation Coalition to reconstruct the pool. The project was completed in 2003. The pool includes a zero-entry area for small children, a "mushroom" water feature and a water slide.

Free viewers are required for some of the attached documents.
They can be downloaded by clicking on the icons below.